Axalta is not resposible for content you are about to view

Brothers Glenn and Jason Coburn bring their passion and dedication to the restoration world for all kinds of show cars, street cars and muscle cars.

Gold Coast-based, family-run Exclusive Customs Panel and Paint has been operating since 1999. The business was originally based in Sydney and run by Glenn and Jason’s parents Rick and Lorraine Coburn. On their retirement, the brothers decided to relocate to sunny Queensland.

“When Mum and Dad retired two years ago, we decided to move,” explained Glenn. “We spoke to our customers, and they told us they didn’t care where we were. They were happy to bring the cars to us.”

The brothers’ love for working on cars began as fun. Together, they started building cars and taking them to shows. They quickly gained a reputation for the quality of their work, which was supported by the awards they were winning at shows.

“We started getting more and more restorations – street cars, elite cars and muscle cars. Many are driven and some are rolling show pieces.”

“I used the tinted clear on the Mazda Red colour to give it a great effect. Creating custom colours is common for our customers,” Glenn explains. “For most of the cars we do, we mix the colour to the specifications of the client. Most of the clients want their own custom colours, except if they are muscle cars going back to factory colours.”

For the brothers, the Spies Hecker range meets the high standards they expect for their discerning customers.

“It provides much better coverage and lays on exceptionally well,” said Glenn. “The clears are really glossy – and stay glossy. It’s also very easy for our customers as we’re not using nearly as much material, so it’s more cost effective. It’s also very easy to colour, sand and buff.” “The time saving is also a major bonus,” Glenn continued.

“For example, for the Torana, previously I would have been in the booth for ten to twelve hours. With Spies Hecker Permahyd Hi-TEC it took between six to eight hours, from wet-on-wet primer to painting the HHH Rouge purple ground colour, masking up for the HHH Blue topcoat colour and clearing in 8034 Clearcoat.”

The short company description needs to be deliverd by Axalta. 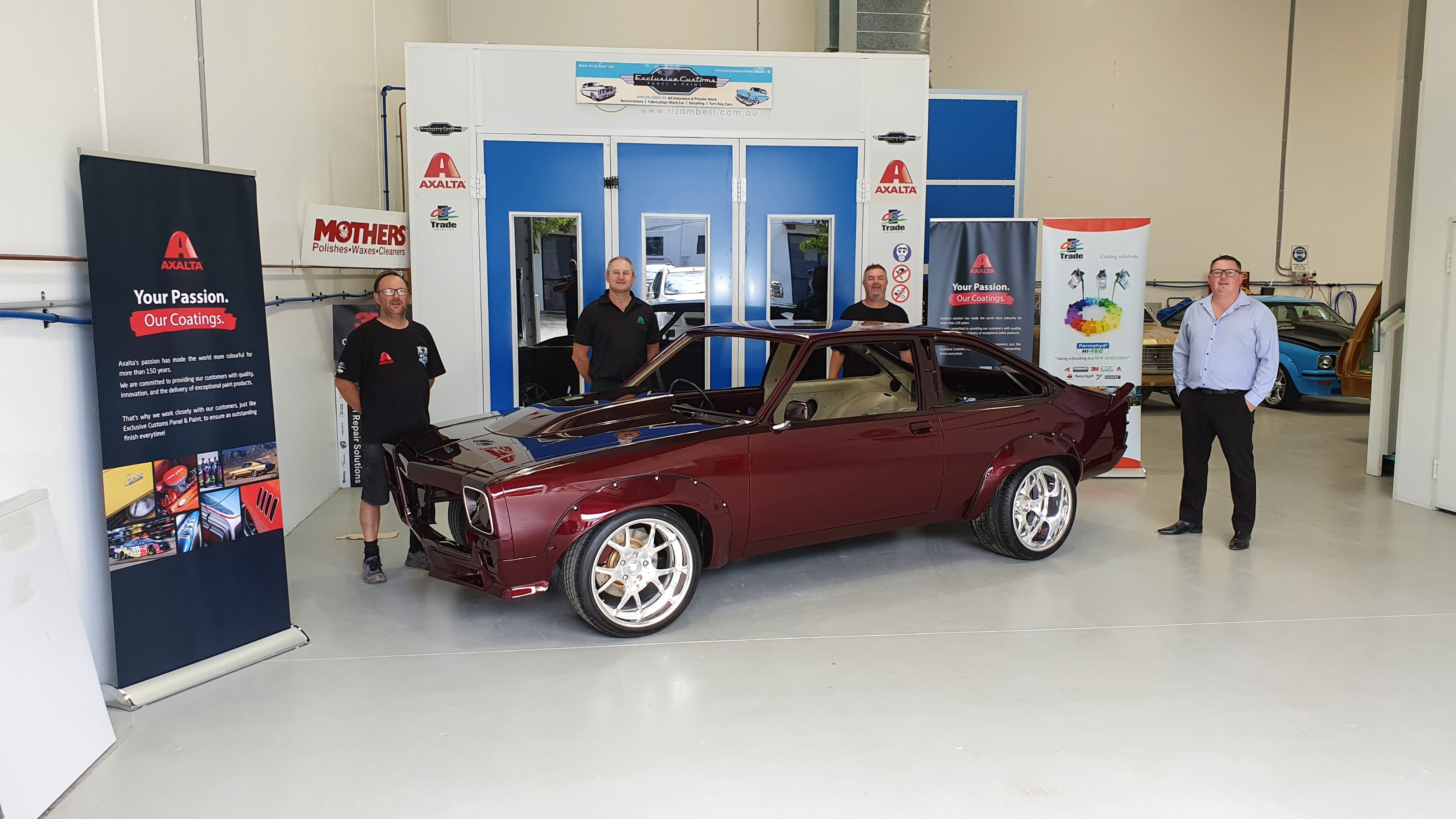